Examples of some basic financial concepts 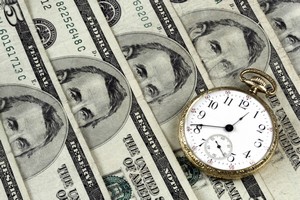 This section of our site addresses techniques using Charitable Tools and Discount Tools designed to reduce the taxable estate. Most of these tools can be quite expensive, costing thousands of dollars to implement and more to maintain on an annual basis. As a result, these tools should only be used when asset transfers are substantial.
One goal of estate planning is to reduce or eliminate estate taxes. On this QOOQe page we open our toolbox for some basic but useful estate savings techniques as well as some personal comments.

Death Tax Repeal? Not Exactly!
The much heralded death tax repeal has come with its own form of resurrection. The bill signed by President Bush phases in the benefits over a ten year period, is repealed in 2010 and then is restored in 2011 in order to comply with a 1974 deficit spending budget restriction.
For the remainder of 2001, single taxpayers will not owe federal death taxes if their taxable estate is $675,000 or less. This amount, known as the applicable exclusion amount or the exemption equivalent amount, will grow to $1,000,000 in 2002 and to $3.5 million by 2009.
If you are married and have titled your property correctly, you will not owe federal death taxes unless your combined estates exceed twice the totals in the following table.

The new law limits the amount an estate can adjust the basis of assets to three new categories.

This new law will completely change how wills are drafted and how one will pass assets to the next generation. Lifetime transfers by most taxpayers will most certainly be limited to $1,000,000. The after-tax value to heirs of IRA and other retirement accounts will have to be reconsidered. Identifying which assets to step up will become a significant issue for executors.

Is the death tax really dead? Anyone’s guess is as good as the next, but ten years is a long time for Congress to avoid tinkering with a provision as controversial as this. Already bills have been introduced to repeal the repeal of the repeal. My guess is that come 2010 we will have a $3.5 to $5 million dollar exemption with most other provisions remaining intact.

Finally, for more on the death tax repeal look for Congress Kills Death Tax or “A Survivor’s Bill to Die For”!

Outright gifts enjoy the benefit of simplicity. Cash and checks require no valuation and if the amounts are less than the annual gift exclusion (currently at $10,000 )no tax returns are due. Outright gifts benefit an estate in three ways: First, the property gifted away escapes estate taxes at a later death. Secondly, and as important, 100% of appreciation after the gift also escapes taxation at death. At last but not least, if a gift tax is paid, those payments made also reduce the taxable estate.

Gifts to minor children should be done with caution. Uniform transfers to minors accounts or trusts are the preferred gift vehicles, but since a parent never knows how a child will turn out when they are young, it is wise to use trusts to delay distributions past age 21 and avoid outright gifts.

Taxpayers with large estates and steady income sources from pensions, IRAs, annuities or trusts should consider giving the annual gift tax exclusion amount to grandchildren and great-grandchildren in addition to children. Doing so can accelerate the reduction of an estate with no tax cost to the donor. Your attorney can provide a codicil to your will that allows you to equalize family branches at your death to the extent lifetime gifts were not equally divided.

Spouses can join in a gift, effectively doubling the amount that can be given to any donee in a year.

Lifetime gifts are not eligible for tax-free step up in basis like inherited property. As a result, it is important to review all property for cost and value before selecting the assets to give away during life.

Lifetime Gifts – Hidden Tax Savings? .
It may seem hard to believe, but when it comes to the estate and gift tax system, lifetime gifts receive tax-favored treatment. Even though our gift and estate tax rates are unified, a subtle difference exists between what is taxed on a lifetime gift and what is taxed at death.

The estate tax is applied against the entire estate, including the assets that will be used to pay the estate tax. The gift tax, however, is based only on the property transferred. If a gift tax is paid three years before death, the estate is reduced not only by the value of the gift and its subsequent appreciation, but also by the gift tax paid.

Example: Assume a retired steelworker with an estate of $2.5 million has one son, the only heir under her will. She has never made any taxable gifts, but is considering gifting her $1,000,000 home in the Midwest to her son so she can move full-time to her $500,000 Florida condo. She decides she wants to make the gift during her lifetime rather than waiting until she dies. If she did, the following would be the tax savings at her death:

At her death, the prepaid gift tax is offset by the reduced taxable estate and another $61,000 is saved. The apparent estate tax savings is tempered by the loss of earnings on the gift tax that was prepaid, that is, the time value of money. By making a lifetime gift the steelworker prepaid $125,000 in taxes with the goal of saving $61,000 at her death.

Making gifts beyond the lifetime exemption should be looked at carefully. By paying a gift tax rather than simply using up your gift tax credit, you suffer an economic loss that won’t be recovered until you die. Since you have to live three years after the gift is made for the gift tax to be excluded from the estate, its clear that the savings is reduced by at least three years worth of earnings. The longer one lives, the worse the prepayment looks.

The steelworker should have considered selling the house to her son for a “bargain sale” of $325,000. Her gift would then have totaled $675,000 and no gift tax would have been due. She also would have avoided most of her income tax by using the exclusion for selling her personal residence.

Using the maximum lifetime credit, $675,000 in 2001, is another issue entirely. For those that can afford to give that much of their estate away, they should do so immediately. The gift today avoids all future appreciation from being included in the estate of the descendant. If the house discussed above appreciated to $2,000,000 in the ten years after she made the bargain sale to her son, the full $1,000,000 of appreciation escapes estate tax, a savings of $500,000.

The Taxman Giveth and he Taketh Away!!

Perhaps worse than the mirage of tax savings is the penalty her son will pay for having received the gift before her death. Under the 2001 law the step-up provisions afforded assets held in the hands of a decedent are limited to certain categories. If an asset is allowed to be stepped up at death and the difference between cost and value is large, the estate taxes saved will be consumed by the additional income taxes.

Finally, for more on the death tax repeal look for Congress Kills Death Tax or “A Survivor’s Bill to Die For”!

Congress Kills Death Tax or “A Survivor’s Bill to Die For”!

Call me a cynic, but the Death Tax Elimination bill signed by President Bush isn’t all that its cracked up to be. First it phases in over ten years, plenty of time to see the budget surpluses dwindle to nothing as Congress falls all over itself spending the surpluses into oblivion. More to the point, however, is the partial loss of the tax-free step-up in basis allowed under current law.

The limited repeal of the stepped-up basis would recover a tidy sum for the government coffers as the heirs sell the property passed down through generations. The record keeping, however, will become a nightmare and executors of estates will be assigned the massive and confusing task of assigning winners and losers among the assets transferred. “Billy Jo, you get a step-up on the house, but Junior you take the land at $200 per acre.”

But then, imagine the anger of junior, when asked to prove what great, great grandfather paid for the 40 acres that had been gifted down through four generations. Lets face it, the Death Tax isn’t being repealed, its being replaced with the “Survivors’ Tax”. Yes, its a lower tax rate and yes a step up does apply to certain categories of assets, but if Congress really believed the death tax resulted in double taxation, why did they replace it with a “Survivor’s Tax” at all?

Election years have a way of sounding too good to be true. The projected surpluses are promised long before they materialize and the biggest threat to our national security lingers unanswered. In their haste to spend the surplus or give the “peoples’ money back to them” our politicians forget that this generation spent $5 trillion dollars that we didn’t have. We have given our children a big I.O.U. and every time we have spare change we find ways to spend it on ourselves rather than paying it back.

At our current pace, the interest on our national debt will soon be the largest item in our nations budget. Politicians make promises that 90% of the surplus will be earmarked for debt reduction and then before we know it they have spent the surplus. True to their word, however, they pay down the debt with 90% of nothing.