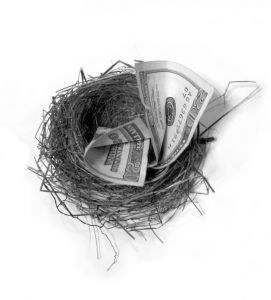 This research shows a nationwide need for comprehensive and continuous education about finances and retirement planning, which is necessary to properly prepare the public. If individuals receive proper education, they’ll be able to have the tools and guidance necessary for building a sound strategy that will contribute to a secure financial future. It’s important to have financial security from the time adulthood begins in order to survive rough economic times. However, it’s also crucial to be financially secure when the economic stability is good.

In order to see Americans in every life stage feel a sense of financial control, research and findings must be made known on national agendas regarding how private and public sectors can help with this issue. To make the importance of these findings more apparent, it’s important to consider what the people of both generations are saying about their opinions. The same research showed that about 80 percent of Generation X members think the economy is going in the wrong direction. Almost 50 percent of Generation X members feel that they’re not financially secure. This figure represents the highest percentage of all groups surveyed.

It’s also interesting to note that about 55 percent of Generation X members are worried that they won’t have enough money saved for a modest retirement. Since this generation experienced the economic crises in 1987 and 2008, their worries are likely associated with those periods of economic downturn. However, they’re not the only ones who experience a lack of trust for the economy. The same research showed that about 65 percent of the general population would choose to keep their money in savings instead of investing it. In addition to this, about 60 percent feel that with an economy that is less stable, it’s best to contribute more to individual retirement funds. However, Generation X member disagree. About 45 percent of this generation’s members feel that investing in retirement is not as important during periods of economic instability.

Unfortunately, Generation X members have been negatively impacted by the economic turmoil of the past several decades. However, this research clearly shows that all Americans show signs of uncertainty about making financial decisions. Helping these individuals move past inaction is a challenge that professionals are trying to conquer. To learn more about retirement planning, discuss available options with an agent today.

Some aspects of finances cannot be controlled by an individual. The stock market is one example of a personal financial aspect that an individual has no control over. It may affect that individual but he or she cannot control it. However, some aspects are completely controllable. Debt is a good example of a controllable part of personal finances. It is also one of the most important aspects. By making a few smart decisions and staying disciplined, it’s possible to keep debt under control.

It’s easy for people to abuse debt. However, not all debt is bad. For example, obtaining a loan to purchase a home is a good thing. As the borrower pays down the mortgage balance, equity in the home is gained. In addition to this, mortgage interest may be deductible on income taxes. On the opposite side of the spectrum, heavy reliance on credit card debt to maintain a certain lifestyle is a detrimental practice. While most people are aware that fees and interest come with using credit cards, the reality of how those charges compound can be more confusing than it seems.

Instant gratification is enjoyed by people who use a credit card to buy something they can’t afford. Since interest rates are usually about 15 percent or higher, this kind of lifestyle will result in debt that piles up fast, erodes abilities to save money and costs the credit card holder more than they imagined in the long run. For example, if a person borrows $1,000 with an APR of 15 percent to purchase something, it would take close to five years to pay off the debt by making minimum payments. At the end of the loan’s life, it would actually cost $1,375 instead of $1,000. In addition to this, the individual who obtained the loan lost the chance to gain a positive return on their money by investing or saving it instead. While credit can be a tempting way to get desired things, there are much smarter solutions for building money.

It’s easy to end this detrimental behavior by living below individual means. For example, skip the $5 cup of coffee each morning, bring a sack lunch to work or dine out only on special occasions. There are plenty of other ways to live below individual means. It’s also crucial to create a detailed budget plan that will help end the debt. This idea is similar to people who diet and keep a log of their daily food consumption. In a similar way to how they lose more weight than those who don’t keep a log, people who keep a budget are more likely to end risky spending habits than those who don’t keep a budget. Another step that is closely related to keeping a budget is saving. The best way to do this is to set up an automated direct-deposit each month to a bank account or investment company. If the money is directly diverted into such an account before it reaches the hands of the individual, it’s much easier to avoid spending it. It’s also a good idea to create a safety net account that has enough money to cover up to a year of living expenses. This money should be easily accessible in case of an emergency. These steps will help bring about financial recovery.

Individuals who have credit card debt can break free from it. There are several ways to do this. For example, transferring the balances of several cards to one new card with no interest for an introductory period is a smart idea. However, it’s important to pay off the amount during that time. It’s also possible to pay more than the minimum payment amount toward the card with the highest balance. After this, pay off the card with the next highest balance by doing the same thing. While paying down cards, it’s imperative to avoid using them. Those who can’t make these suggestions work should consider debt counseling. It’s important to discuss this option with an agent to learn which debt counseling companies are reputable. After recovering from debt, it’s important to adopt habits of saving instead of spending.

Everyone knows that taxes are an unavoidable part of life. They can be especially frustrating for mutual fund investors. Research shows that the net returns of average domestic stocks can be reduced by taxes. In some cases, they are reduced by as much as two percentage points each year. However, it isn’t practical to expect investments to flourish and grow without being taxed. There are several steps that can be taken to help lessen the impact of taxation. If individuals learn some basic information and keep track of the impact that taxes have on their portfolio, they’re able to greatly reduce the negative impact on long-term returns.

Asset Location
Choosing the right mixture of bonds, cash investments and stocks to meet long-term goals is an important step in the process of investing. This process is called asset allocation. A process that is directly related to asset allocation is asset location. To lower the negative effect that taxes have on investments, it’s best to place the majority of tax-efficient holdings in taxable accounts. This includes index, tax-exempt and tax-managed funds. However, it’s also important to hold investments that are not tax efficient in tax-advantaged accounts. Some examples of such accounts are employer-funded plans and IRAs.

Maximize Retirement Contributions
It’s best to save as much money as possible with the use of retirement accounts that are considered a tax advantage. Some examples of such accounts are 401(k) plans and IRAs. Individuals who do this are able to enjoy a tax break on any of the pre-tax contributions they make. They’re also able to enjoy earnings that are deferred until the time comes to start withdrawing the assets. If an employer has plan offerings available, it’s important to enroll and immediately start maximizing the contributions allowable by law. If possible, it’s best to contribute at least enough money to enjoy the employer’s full matching contribution if it’s offered. Keep in mind that the matching dollars of employers are free money, so always take full advantage of them.

Periodic Reviews
If financial markets change over time, this can cause an individual’s asset mix to significantly fall away from a target allocation. Periodic re-balancing is a wise choice for reducing the risk of becoming overextended in a specific class of assets while keeping investments at a level that is tax efficient. As a general rule, it’s best to review assets in a portfolio once every year. When re-balancing, look at tax-advantaged accounts first. These plans are where current taxes won’t affect gains that are generated by a shift. If taxable accounts are re-balanced, it’s best to try to minimize the possible capital gains by assets with lowered or unchanged values.

By keeping these suggestions in mind, it’s easier to stay on track. It’s also important to avoid selling too many fund shares in taxable accounts, which will reduce capital gains and defer a higher amount of taxes on unrealized capital gains. Discuss these options with an agent.