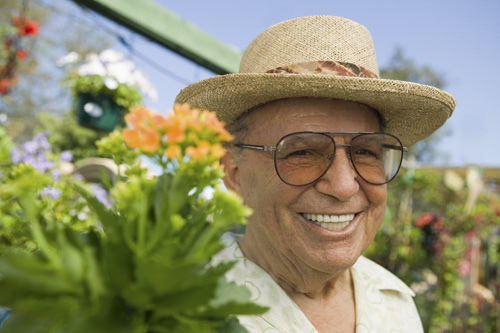 A Florida Medicare Advantage plan or Part C as it is called by Medicare is a health insurance policy sold through private insurance carriers such as UnitedHealthCare, BCBSFL , Aetna and Humana that covers or significantly reduces the medical costs not covered by Original Medicare.

They combine your Part A. Part B and usually medicare Part D benefits in an all in one plan. Med Advantage plans are subsidized by the government through your tax dollars many of them are low premium such as 25 or $50 a month, in fact the most popular Medicare Advantage policies don’t even charge the insured a monthly premium.

Most seniors citizens will find that the Medicare Advantage plans that are available in their County will come in two flavors, PPO or HMO. There are other types of Medicare Advantage policies such as private fee-for-service, special-needs plans which we discussed in another article.

Both have their pro’s and con’s and it’s going to be entirely dependent on your personal situation on which one will make the most sense for you.

So if you check out the provider network before signing up and you happen to be happy with the providers, you will be able to use them and the HMO Medicare health policy might make perfect sense for you.

PPO medicare health plans have a higher out-of-pocket costs than the HMO version because they leave the choices made about your healthcare needs in your hands. You could use in-network providers and out-of-network providers with most PPO plans- the difference being if you are out-of-network on a PPO plan, you will simply have a higher out-of-pocket cost. The good news is that all Medicare health plans a base set out-of-pocket maximum on HMO and PPO plans.

How does a Medicare Advantage plan work

Most of the Medicare advantage plans you will find in Florida don’t have a deductible that needs be met before medical services are covered. Medicare health plans offer a lots of water called first dollar benefits.

So that means a doctor’s office visit would be a flat co-pay around $10-$25, an ambulance usually be about $200- they do cap your total out-of-pocket costs for the year for medical expenses.

These kinds of plans cover your Part A expenses such as hospital deductibles, the Part B deductible and the 20% of Part B expenses that you’re responsible for. If you go for a Medicare Advantage program you are probably going to have a plan that covers your prescription drugs, so you have an all in one health plan.

How do I compare Advantage plans?

There are a few factors to consider when comparing Medigap polices.    If you’re choosing between a couple different Medicare supplement insurance quotes or companies. The first thing you want to take notice up is the monthly premium. The second is your maximum out-of-pocket for medical expenses. The third is the network. If your plan doesn’t have your favorite Dr. and its network you’ll probably want to know that up front and then decide if it’s a deal breaker. And fourth you want to look at the part D drug formerly. If you take any drugs you would want to know what you’re co-pays are going to be before you sign up. You might find that company a comes out cheaper than company be the medications you take.

Every year Medicare beneficiaries are given the chance to change Medicare health plans between the months of October to December. This is the only time of year when you can join or leave a Part C Florida Medicare Advantage plan or a medicare Part D drug plan outside of your seven month open enrollment period hat you get when you first become eligible for Part A and B of Medicare.