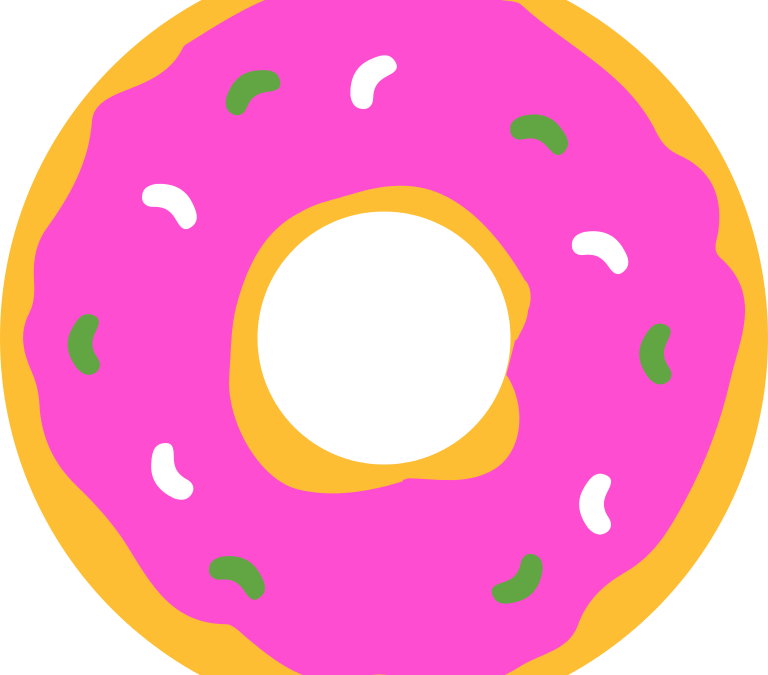 What is the Medicare “Doughnut Hole”?

During this gap in coverage, you’ll pay 47.5% of the plan’s cost for covered brand-name prescription drugs and 72% of the price for generic drugs. In 2014, this is a gap in coverage of $1700 that you must pay more money in order to make it through the doughnut hole. However, there are very helpful alternatives that we will show you later on this website.

The exact dollar amounts to enter and exit the doughnut hole change every year with the coverage gap now shrinking every year.  It has been predicted that by 2020 the your cost for generic drugs will shrink to 25% while in the gap.

How is the Medicare Part D Doughnut Hole broken down in terms of dollars and cents?

In 2014, the Doughnut Hole begins at $2850 in prescription drug expenditures. (Remember your drug expenditures are the combined total of what you spend and what your Medicare Drug Plan spends on your behalf.)

During the first $2850 of spending for the year, before you reach the Doughnut Hole, there is $945 in out of pocket expenditures (OOP).

Here is how the out of pocket (OOP) expenses breaks down in the first $2850 of spending on Medicare Plan D:

Once you’ve reached the doughnut hole, the gap in coverage continues until your out-of-pocket (OOP) expenses have reached $4550 for the year.

Where did this $4550 figure come from? Well, $4550 is simply the required amount of out-of-pocket spending that Medicare accountants determined as your spending requirement for 2014. Now, if you spend this amount, you will have reached the catastrophic coverage point in which Medicare now pays 95% of your drug costs.

Items that count towards OOP in the coverage gap

Items that don’t count towards OOP the coverage gap

$2850 that you and your Medicare plan spent to reach the Doughnut Hole starting point + $1700  the entire price (including the discount the drug company pays) will count as out-of-pocket costs must spend to get through the Doughnut Hole = $4550.

Therefore, you must have drug expenditures of $4550 or more in 2014 in order to reach the catastrophic coverage point and make it through the Doughnut Hole.

To summarize, the Doughnut Hole is a gap in coverage in the Medicare Part D program between the drug expenditure amounts of $2850 and $4550. While in this coverage gap Medicare Prescription Drug Plan enrollees’ are responsible for paying additional drug expenses.

Here is a chart that may help to make these calculations a little more clear:

How will the Medicare Part D Doughnut Hole effect me?

How the Doughnut Hole affects you personally depends on how much you spend on prescription medications in 2014.

If you spend more than $4550 (over $379 monthly) on medications in 2014 you will go through the Doughnut Hole and reach the catastrophic coverage point. This will mean that you personally spent $3216.25 while in the Doughnut Hole and that Medicare plan will start paying 95% of your prescription expenses on any amount beyond the $5726.25 expenditure point. Please note this 95% coverage is only on expenditures beyond the $5726.25 point it does not apply to any previous expenditures under the $5726.25 mark.

If I receive a Low Income Subsidy from Medicare (i.e. full extra help or partial extra help),How will the Doughnut Hole affect me?

Fortunately, if you receive the Medicare benefit called full extra help supplement, you will receive continuous coverage throughout the Doughnut Hole. You will not have to pay for your medications between the Doughnut Hole range.

Will I hit the Doughnut Hole?

When will I hit the Doughnut Hole?

Tip: Watch your monthly Medicare drug plan statements to see how close you are to hitting the gap ($2850).

Exactly WHEN you hit the coverage gap during the year depends on how quickly you spend enough to reach the Medicare Doughnut Hole starting point. In order to figure out when you will hit the Medicare Doughnut Hole simply take the dollar amount $2850 and divide it by your monthly medication costs. This will give you the number of months that it will take for you to reach the Donut Hole.

Note: You should receive regular monthly statements from your Medicare card provider. These statements should also help you to estimate when you will hit the Medicare Doughnut Hole.

Here is a chart that will help determine when you will hit the doughnut based on your monthly spending:

You can also visit Medicare Help and use our Doughnut Hole predictor tool.

When will the average Medicare enrollee hit the coverage gap called the Doughnut Hole?

The Center for Medicare and Medicaid Services estimated that in 2006 the average Medicare Part D beneficiary spent $3080 a year on medications. A March 5, 2008 an AARP Report called Rx Watchdog Report: Trends in Manufacturer Prices of Brand Name Prescription Drugs Used by Medicare Beneficiaries—2002-2007, found that the drug companies raised the prices of drugs most commonly used by Medicare beneficiaries by 7.4% from 2006 to 2007.

Do I still have to pay my monthly Medicare Part D premiums while I am in the Doughnut Hole?

What expenditures count towards the $2850 level that puts me into the Doughnut Hole?

The portions of your prescription spending that count towards the $2850 are:

Your annual deductible ($310 in 2014), your co-payment amounts (25% of drug cost before you reach the Doughnut Hole) and the amount your Medicare drug plan pays for your drugs. Your monthly premiums are not counted towards this total or towards your out-of-pocket expense total.

What is the reason that the government created a Doughnut Hole in the Medicare Prescription Plan?

The main reason touted by government officials for Congress creating a Doughnut Hole in the Medicare Part D plan was to control costs and to lower the potential burden of the Medicare prescription drug plan on taxpayers.

Another speculated reason is that Congress (due to lobbying pressures of pharmaceutical and insurance companies) wanted the program to look very enticing by being able to offer a benefit that, on the surface, looked like it was providing seniors with 75% off their drug expenditures. Congress simply could have created a plan that provided a benefit of 25 or 30% off for the entire year but that doesn’t sound nearly as exciting as 75% off. It’s much easier for them to market a program that sounds incredible…i.e. “Wow, you only pay 25% of the cost of your medications”. The part they conveniently forget to promote is that the savings are only there until you hit the Doughnut Hole then you are on your own.

If you are one of the unfortunate people who hit the Doughnut Hole you soon realize that the Medicare drug plan is not as great as it was first proclaimed to be.

How many people will hit the Doughnut Hole in 2015?

Estimates of how many people will hit the doughnut hole in 2015 range from 3 million to 7 million Medicare Part D beneficiaries.

What are out-of-pocket (OOP) expenditures?

Out-of-pocket expenses are any expenses for your drugs that you personally pay. These expenses include the $310 dollar annual deductible and any co-payments you pay.

Your monthly Medicare plan premium does not count towards your out-of-pocket expenses.

If you use another insurance plan to pay for your medication those expenses are not counted towards your out-of-pocket expenses.

Any medications that you purchase from a pharmacy that is not included in your plan’s network of pharmacies will not be included towards your out-of-pocket expenses.

What is the Medicare catastrophic coverage point?

What other issues are there with the Medicare Part D program that may affect me?

A fairly major issue, which the impact of is being felt already, is the fact that Medicare is not allowed to negotiate prices with the big drug companies. The law stating that Medicare can not negotiate better prices on your behalf is affecting you right now. Prices have risen dramatically since the start of the program in 2006.

A more recent report by AARP released on March 5, 2008 found that the prices of medications most commonly used by Medicare beneficiaries increased by 7.4% in 2007. We have yet to see what the rate of increase on drug prices in going to be in 2008.

How can I avoid the Doughnut Hole?

You have three basic options once you hit the doughnut hole:

Option 1) Studies show that many Medicare beneficiaries can avoid the Doughnut Hole by expanding their use of generic medications. Using lower cost drugs, such as generics, can help your coverage last longer.

Option 3) Beneficiaries should carefully review his or her prescription drug plan yearly even if your coverage was satisfactory last year.  In 2014, some Medicare Part D drug plans provide some drug coverage in the donut hole. These plans, however, will most likely have a higher monthly premium and will only pay for certain medications.  You can find plans here that offer Medicare Part D drug coverage while in the donut gap.

Medicarehelp.org is continually being updated with innovative and advanced tools to help you understand and analyze your Medicare options. Be sure to return regularly to maximize your Doughnut Hole knowledge and to utilize these tools which will be available to you very soon.


Call To Enroll And Speak to a Licensed Agent

*Licensed Agent Disclaimer: We do not offer every plan available in your area. Any information we provide is limited to those plans we do offer in your area. Please contact Medicare.gov or 1-800-MEDICARE (TTY users should call 1-877-486-2048) 24 hours a day/7 days a week to get information on all of your options.